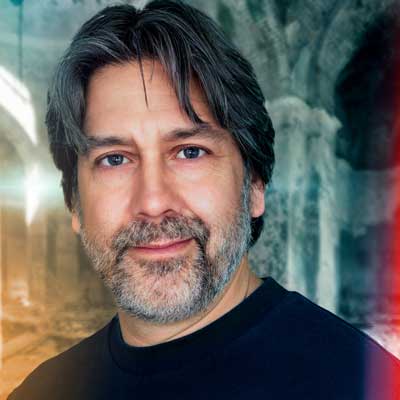 Randy Nargi is an award-winning writer and film director who lives in Central Oregon with his wife (and frequent collaborator) actress Jessi Badami. Mr. Nargi grew up in New York and has lived in London, Seattle, and New Mexico. He received his BA in Literary Writing from Trinity College in Hartford, Connecticut.

Nargi is the author of the BANDER ADVENTURES series of “hardboiled fantasy” adventures (a term he coined), and the OMNIWORLD ADVENTURES.

Before delving into the world of independent film and publishing, Randy Nargi pursued a career in marketing and advertising. He worked at several of the top advertising agencies in the world, created hundreds of award-winning commercials, and led marketing departments at companies like Mercata (Microsoft co-founder Paul Allen’s first venture into group buying), early social networking site Classmates.com, and Drugstore.com.